Planning a trip to Harry Potter World? Here are the 7 things that you need to know before you make the trip to Universal Studios in Orlando, Florida!

This post may contain affiliate links where I earn a small commission from your purchase. See full disclosure for details.

This past Fall we took our girls on a weekend getaway of a lifetime. Ok, maybe of my lifetime because let me tell you, I’m a total Potterhead.

In fact, I’ve turned them into little Harry Potter fanatics too and I couldn’t be happier about that!

While they were still completely enamored with all things Harry P., hubby and I wanted to plan a surprise trip to Harry Potter World. Technically the area of Universal Studios is called The Wizarding World of Harry Potter, but the girls simply know it as Harry Potter World.

We hatched out a brilliant plan to let them know we were going just days before we made the journey and their reaction was priceless.

The look of two girls that just found out they’re heading to The Wizarding World of Harry Potter at @universalorlando in 4 days!!! Hedwig showed up with a secret coded letter to deliver the good news! #HarryPotter @harrypotteruniversal #PotterMore #potterhead #universalstudios #kidsofinstagram #kidsofinsta

I tried to do a bit of research before we left, but I really wanted to let them completely lead the weekend and our 2 days at Universal Studios because it really was all about them… and Harry.

But if you’re like me and you want to be prepared for some of the best things to do at Harry Potter World before you go, I wanted to make sure you know not to miss some of these that turned out to be our favorite activities!

You’ll find this tip at the top of almost any list of things to do at Harry Potter World as soon as you get there. That’s because the lines to buy a wand at Ollivander’s used to be hours long, literally.

One excellent tip is that you can buy a wand at more places than just Ollivander’s IF you want to skip the crowd [even though it’s not necessarily hours long anymore]. I will say, though, the interactive “show” at Ollivander’s makes it totally worth buying there.

Another tip? There is now an Ollivander’s Wand Shop in both parks – Diagon Alley and Hogsmeade!

Also, I highly recommend buying at least one interactive wand. Being able to do spells across both theme parks was just incredible.

You’ll get a map inside your wand box, but anywhere you see these symbols on the ground, your wand can perform a spell to make something magical happen!

Bonus Tip: Buy some Harry Potter Gear before you Go!

Robes, wands, and glasses can be a bit pricey at the theme park. While I totally recommend buying an Interactive Wand at Ollivander’s, we purchased Gryffindor robes on Amazon before we went and took them with us.

They were about $40 cheaper than at the park AND they’re great quality. 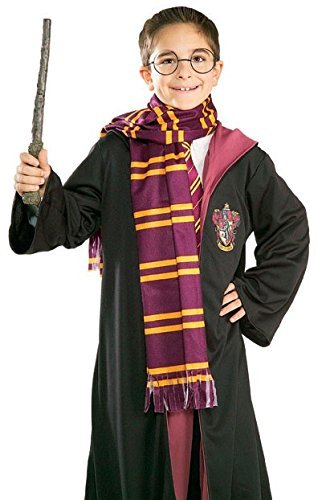 Half of the experience is walking up through Hogwarts to get to the ride and I hated that my girls didn’t get to see it on our last visit.

Best tip? Tell the attendant at the bottom that you’re just touring the castle! They’ll let you right in and you can have a leisurely walk with your family exploring the amazing detail of this amazing building.

Meet Stanley and Dre Head at the Knight Bus

Don’t pass the Knight Bus outside of King’s Cross Station without meeting Stanley and Dre Head, the Shrunken Head that hangs from the rearview mirror on the Knight Bus.

In full character at all times, Stanley is a delight to kiddos [and adults] that want a picture. Dre Head even interacts with guests and tells jokes.

Eat at a Themed Restaurant

One thing Universal Studios does best is detail and the restaurants in Diagon Alley and Hogsmeade definitely do not disappoint. We enjoyed lunch at The Leaky Cauldron and I literally felt like Ron and Hermione might walk up at any time and sit down beside us.

I literally felt like I was a part of the wizarding world!

Anybody up for some Bangers and Mash? I love that there are so many authentic restaurants at Universal Studios! The #LeakyCauldron in #DiagonAlley is not to be missed! . . . . . #HarryPotter #PotterHead #PotterMore #wizardingworldofharrypotter #bangersandmash #vacation #travelmore #igtravel #UniversalMoments @universalorlando #butterbeer

The food was enjoyable, although be prepared that it is traditional British fare. I also recommend that you go at an “off time” to eat. The lines were very long at typical lunch and dinner times.

While the outdoor carts are easily accessible and totally fun, we found the shortest line for Butterbeer at The Fountain of Fair Fortune in Diagon Alley.

Another tip? The frozen butterbeer is definitely a favored over the regular version!

Express Passes Don’t Work for All Rides – Try These Ideas Too!

While I totally recommend buying Express Passes for your family during your visit, especially if you’ll just be at the parks for a day or two, keep in mind that they don’t work for every ride in The Wizard World of Harry Potter in Orlando.

Other ideas to make these rides, and others in the park, shorter wait times is to take advantage of the Single Rider Line and especially the Child Swap.

My girls would have sat in the Child Swap room at Hogwarts all day because they were showing Harry Potter and The Sorcerer’s Stone.

Ride the Hogwarts Express Both Ways

While the Hogwarts Express serves as an easy way to transport between both parks [remember, you must have a Park to Park ticket to board], it’s a fun ride in itself! Be sure to ride it both to and from both parks as the “ride” is different each way. 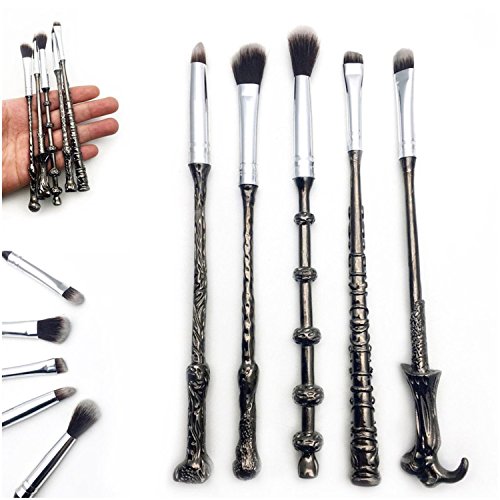 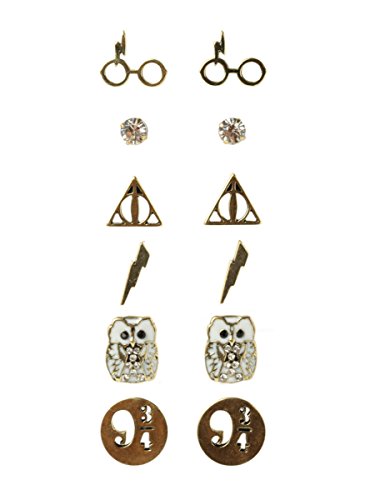 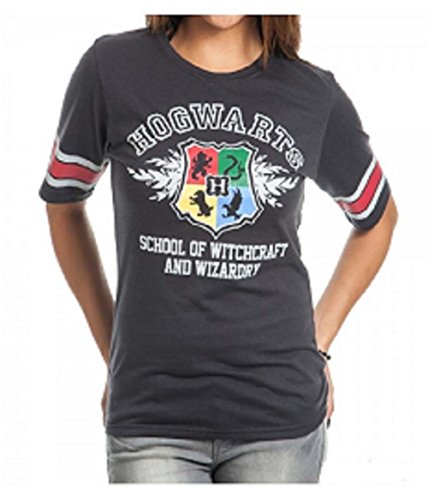 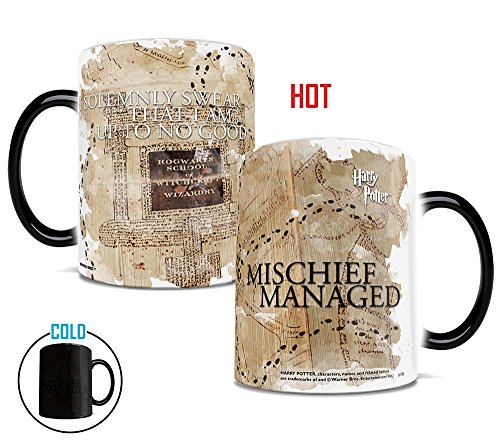 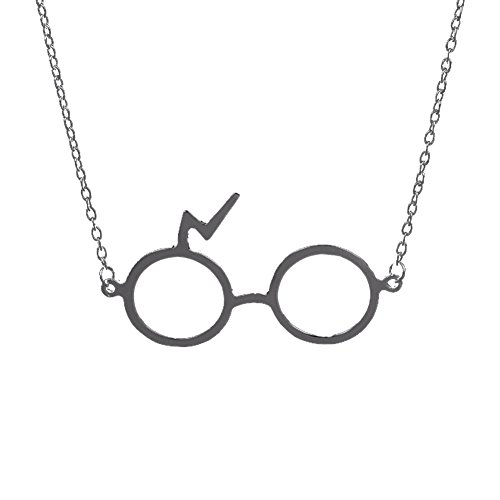 A visit to The Wizarding World of Harry Potter is a unique one, which means regular souvenirs just won’t do. Some really great ideas for unique souvenirs are:

Just like the 7th book of the series was turned into 8 movies, this list turned into 8 things to know about Harry Potter World before you go!

The most important thing to remember on your next visit to Universal Studios Orlando Florida is to have fun! Enjoy the amazing scenery around you and immerse yourself in all the wizarding world surroundings!

Be sure to check out my other tips while you’re visiting Universal Studios Orlando FL like these 7 things to know before you go!

That would be a fun visit! I'm not so big on wands--but I would have to try some butterbeer!

Wow......that looks like a wonderful experience for the entire family. Those are some solid tips. I like avoiding long lines and overspending at these places.

We went in December 2016 for 10 days. Had so much fun we are going back for 3 weeks in December 2018. I really enjoyed Knockturn Alley should nother be missed for Slytherin fans. Universal City Walk is enjoyable as well. I highly recommend the dining passes if staying at a Universal on site propery. Universal Hotels are also pet friendly if you have Fur Family as well.

I’m new to this whole thing. When you say go between parks, do you mean between US & HP World? I thought they were the same thing... ?Thanks for all the tips!! I’m going to start reading the books to my kids & then we’ll do a big trip after we’ve finished them all.

There's Universal Studios and Islands of Adventure. There are both a part of US, but they each require a unique ticket or a kind of "park hopper pass". You can go between the parks either by walking out the front gate into the other [they are super close to each other] or by riding the Hogwarts Express at the back of the park. Each park has a Harry Potter area, so to get the full adventure of HP, you'll definitely want to go to both parks! :)